Delegate of the Month - Jenna

Jenna Schofield is a Bunnings workplace Delegate. She has been a Union member for 3 years and a Delegate since Oct 2015. We sat down with Jenna and asked her some questions about her role as a Delegate.

I wanted to help out my team members. I saw how they were being treated both instore and in society.

I believe fighting to improve and to maintain our working entitlements is really important. I want to be a part of making a difference.

What has been your most notable achievement in the workplace/dispute that you have dealt with?

My standout achievement was publishing a Penalty Rate fact sheet on behalf of the SDA that I wrote myself to put up and distribute in our workplace. I wrote about how we came to have penalty rates and what it means to lose them, giving team members the facts which they could communicate to friends and family, explaining to them why it's important to stand up for our penalty rates for retail workers.

Why is recruitment important?

We need to come together collectively and to stand up for our rights. We are stronger together than we are by ourselves. 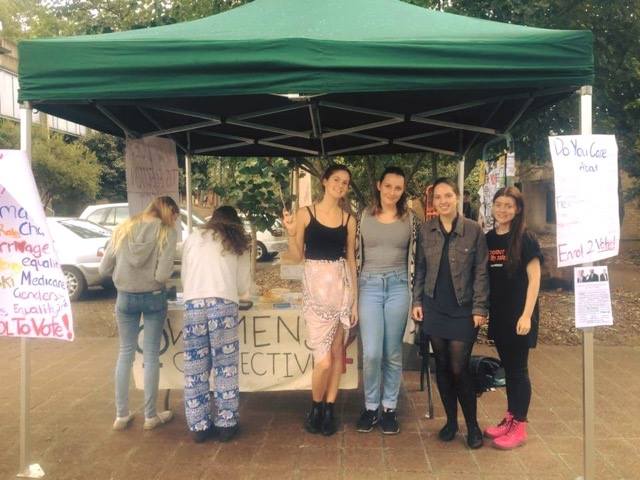 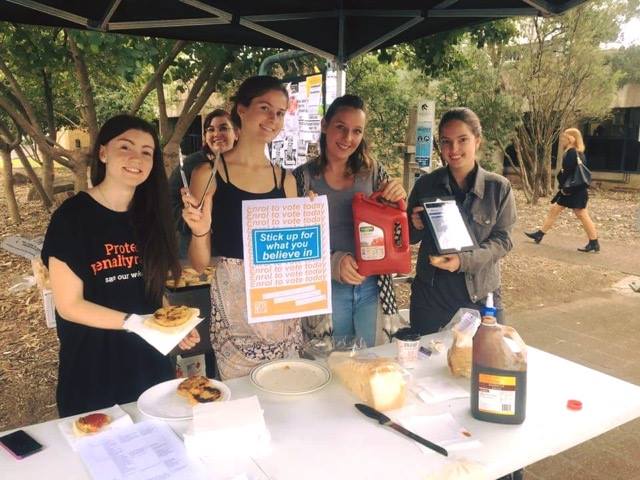 What campaigns have you been involved with and why are they important?

On 10 May 2016, I participated in "Enrol to Vote Day" at Newcastle University as a board member of ‘The Woman's Collective’. I distributed the Union’s ‘Your rights in a bite’ flyers to casual workers and rights pamphlets to international student. I had conversations with students and talked about their rights in the workplace. I also signed them up to the Protect Penalty Rates campaign.

In May and June I was also involved with phone banking with other SDA activists, speaking to members about penalty rates and encouraging them to ‘Put Libs last’ for the July Federal Election.

I participated in pre poll and on Election Day on the central coast with other trade union activists, handing out ‘Put the Libs Last’ how to vote leaflets and talking about impact of losing penalty rates.

What do you aim to achieve in your workplace in the next 12 months?

I want to increase membership density in my store from 50% to 60% by end of year. I would also like to educate more of my team members on their workplace entitlements.  I especially want to focus on the ignorance and complacency about losing entitlements like penalty rates and making sure members stand up for the rights and don’t prematurely give up.

What do you get most out of the role?

I enjoy defending those who are not confident to do so on their own.

Physically and collectively being a part of the Union is more than just participating in the work place. Through all the above mentioned campaigns I feel part of the community. I love being an activist and knowing that I am making a difference. I look forward to being included in any future campaigns and all that the SDA can throw at me.

A group of members from a national retailer recently contacted the union after staff members received a letter from their head office, which upon reading, they did not understand.

Kaye Stevens, a long standing Union member working for Myer Charlestown, recently suffered a fall which left her with a broken wrist. Upon speaking with her store Delegate, she was advised she could claim on the Unions accident insurance