The FWC heard evidence and submissions from unions, employer associations and other interested parties during an exhaustive process which commenced late last year.

For a full-time adult retail worker (Grade 1) covered by the General Retail Industry Award 2010 there will be a modest $17.30 per week wage increase effective from the first full pay period on or after 1 July 2016. This will increase the base weekly rate of pay in the award to $738.80 per week.

Since 1995 through the work of the SDA and the wider union movement, the minimum award rate of pay has grown steadily by international standards and exceeded inflation, giving workers real wage increases: 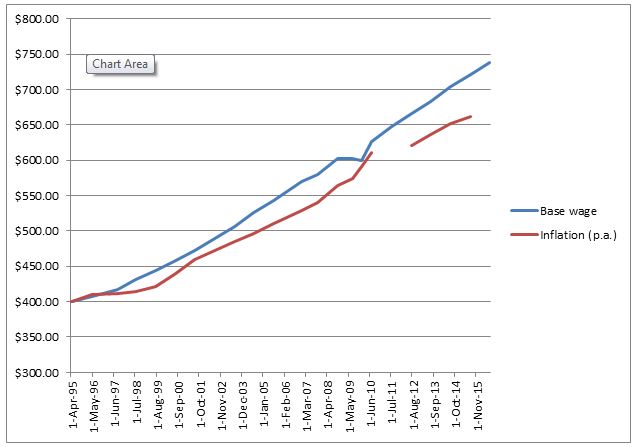 Without the strength and resources of the Australian union movement, through our peak body (the ACTU) wage increases would not have kept pace with inflation and employers, through their associations, would have been the only industry voice heard.

Put simply, without active and vocal unions, minimum wages would be much lower in Australia.

Just witness for a moment the diminishing value of the federal minimum wage in the US where the hourly rate currently stands at $7.25 per hour. And the co-called tipped minimum wage rate is as low as $2.13 per hour.[1] 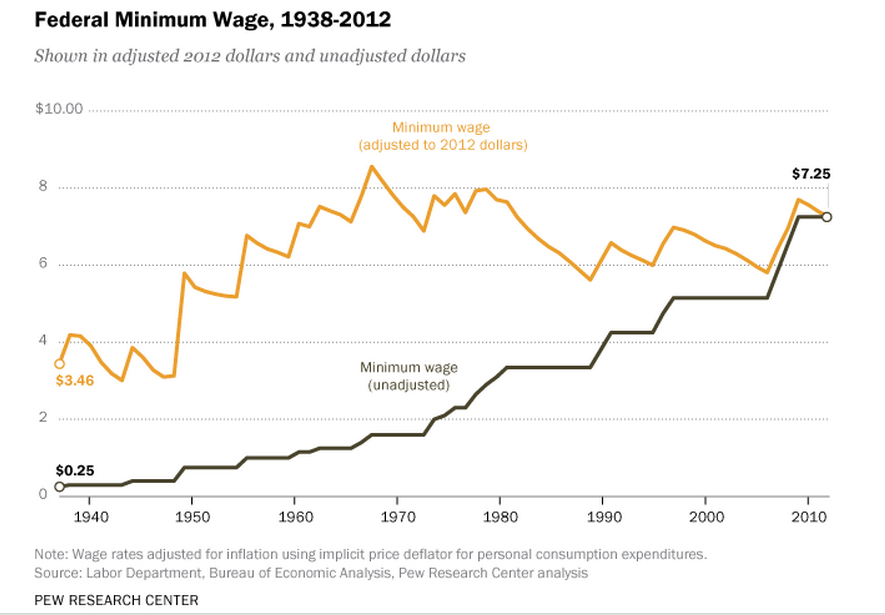 In 1938, the minimum hourly wage in the US was set at 25 cents and has been raised 22 times, hitting $7.25 in July 2009. But these increases haven’t kept up with economic growth. Further, the “real value,” or purchasing power, of the minimum wage has actually decreased substantially over time.[2]

A strong trade union movement and an independent (not political) wage setting authority has ensured better results for Australian workers than our US counterparts.

However, we can do better and the union movement strongly believes that higher minimum wages and more secure jobs are required – but the benefit of a strong independent umpire and an active union movement clearly shines through in these comparisons.

Today’s decision directly affects millions of minimum wage workers across Australia, including members of the SDA covered by the following awards:

If you are unsure if this increase applies to you:

The fight for better wages and conditions is by no means over. It continues as the union movement fights to protect penalty rates in our awards, provide pathways to genuine, secure and well paid jobs and ensure all workers can enjoy their retirements.

Today’s decision by the independent umpire is another small step forward in that battle.